Located in a historic building, the Station Bistro of West Valley welcomes visitors to indulge in the tastes of the WNY countryside.  Built in early 1900's, the building was owned by Peter Simmons, who was a "jack of all trades", skilled cobbler and salesman for Delta Tools.  He opened a general store after what was a tragic yet surprising story.

Now owned by the Robert Ehman family, the building was used for storage of antiques until a recent auction which opened the space for another idea that Bob had envisioned.... a cafe and general store with an old train/steam engine theme.  Three local women were able to create his vision and now The Station Bistro is open to the public (as of May 2019).

Passionate about supporting local farmers and showcasing the goods gathered and resourced by individuals in the immediate surrounding area, the menu was carefully created to focus on the freshest ingredients.  The menu will change seasonally according to the harvests.  The desserts are a must as this is where Bob Ehman first met Emily, one of the three local women.  Buying one of her famous Thanksgiving Pies from her homestead - Lucky Day Homestead.

Once liquor license is obtained, dinners will be served Fridays and Saturdays from 4-8pm. 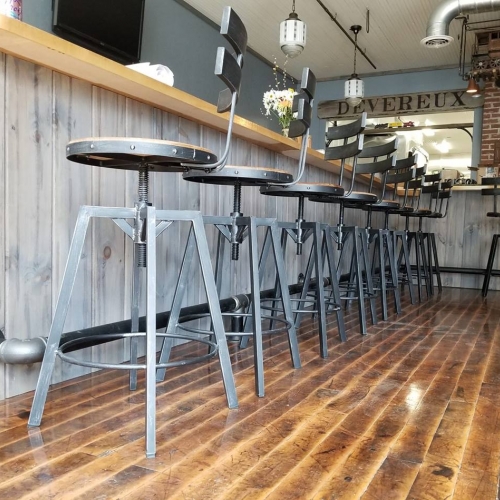 The Ashford Station Bistro is categorized in

Cattaraugus County was named #1 overall by New York Game and Fish Magazine for turkey hunting and is in the top three for deer hunting by DEC reports.