The Wildwood Sanitarium is featured on Season 3 of Paranormal Lockdown! 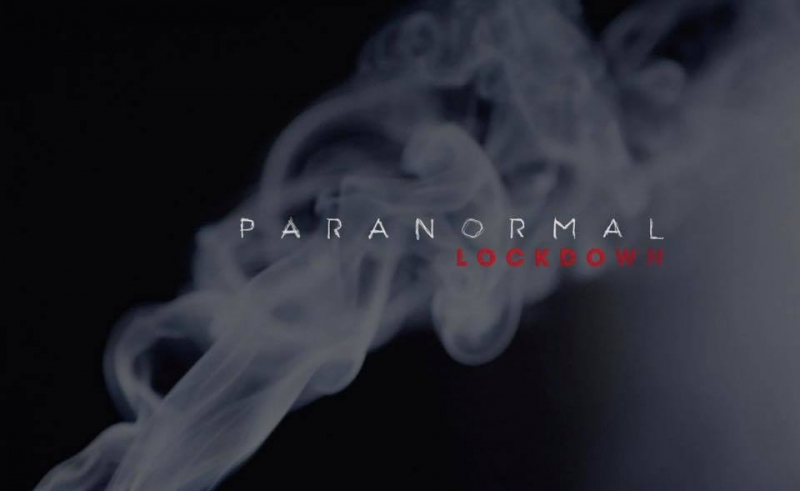 (Silver Spring, Md.) – They’re baaaacck! World renowned paranormal investigators Nick Groff and Katrina Weidman are back for season three of their hit series PARANORMAL LOCKDOWN, where the two spend an unprecedented 72 hours confined to the most haunted locations in search of groundbreaking evidence of the paranormal. Using state of the art investigative technologies, they delve into the deep, storied histories of the properties to uncover what lies beyond the boundaries of our reality. But the mission comes with risks: mentally and physically exhausted, they’ll be vulnerable to whatever lies within the haunted walls. This season will serve up an extra treat for fans with the first-ever televised paranormal investigation of the Jim Beam® American Stillhouse in Clermont, Ky., in response to employee claims that bourbon isn’t the only spirit locked inside the massive warehouses on the property. This season also takes Groff and Weidman on an intense exploration to the “Portal to Hell” at Bobby Mackey’s Music World in Wilder, Ky., as well as returning to the Monroe House in Hartford City, Ind. where they uncovered skeletal remains in season two. Merging a slate of never-before-seen episodes with hit premieres from PARANORMAL LOCKDOWN UK, season three of PARANORMAL LOCKDOWN returns with back-to-back premieres weekly, beginning on Tuesday, December 4 at 9/8c on Destination America

“This is the most groundbreaking PARANORMAL LOCKDOWN season yet, and Katrina and I have been mentally and physically challenged every step of the way. Living in these extremely haunted locations and dangerous environments for 72 hours has always been the ultimate test to conquer, but it’s led us to discovering some of the best documented evidence we have ever captured,” said host and executive producer, Nick Groff.  “I’m excited for everyone to experience the journey that will truly make you question everything you thought you knew about the paranormal.”

Season three kicks off with an investigation of Old Sweet Springs Resort in West Virginia on Tuesday, December 4 at 9/8c. Groff and Weidman submerge themselves among the spirits, finding something that lurks beneath the surface of the mineral springs. Then at 10/9c, the two visit the Wildwood Sanitarium in upstate New York, where recent renovations have stirred up ghostly activity. The two attempt to determine what menacing spirits have made the home uninhabitable.

Fans are invited to watch Destination America’s series and specials anywhere, including seasons one and two of PARANORMAL LOCKDOWN, anytime on DestinationAmerica.com. Download Destination America’s TV Everywhere app on Android and IOS to see weekly sneak peeks of upcoming episodes and browse the network’s entire library of content.

About Nick Groff
Nick Groff has been fascinated with the paranormal ever since surviving a near-death experience as a child. For the past 15 years, he has dedicated his life to the field in an effort to discover the next major breakthrough in paranormal research. Groff made his big break when he co-wrote, co-produced, co-directed, co-edited, and co-starred in “Ghost Adventures: The Original Documentary,” a New York International Film & Video Festival award winner and Eerie Horror Film Festival award nominee that aired on the SyFy Channel in 2007. Groff served as the executive producer, co-host, and co-investigator for seasons 1-10 of Travel Channel’s “Ghost Adventures” series starting in 2008. Since founding Groff Entertainment, Groff executive produces and co-hosts the hit series “Paranormal Lockdown,” as seen on TLC and soon returning for a third season on Destination America. Groff also executive produces and hosts the hit series “Paranormal Lockdown UK” for Quest Red. For Destination America, he was the co-host of the network’s #1 series “Ghosts of Shepherdstown” for two seasons and was the executive producer for “Ghost Stalkers” in 2014 as well as the executive producer of the Travel Channel show “Vegas Stripped.” Groff is the co-owner of VIDI SPACE (www.VIDI.SPACE), a new streaming platform for all genres in film, series, music, and live entertainment. Groff is the co-owner of the annual Cryptid Con (www.CryptidCon.com) event in Lexington, Kentucky and is also the author of “Chasing Spirits: The Building of the Ghost Adventures Crew.”

About Katrina Weidman
Katrina Weidman is a paranormal researcher and investigator, host, producer, and lecturer. She currently co-hosts the hit show “Paranormal Lockdown” alongside Nick Groff, as seen on TLC and soon returning for a third season on Destination America. Weidman has been working professionally as a paranormal researcher and investigator since 2006, but her passion for the supernatural began when she was a child living in historic Bucks County, Pa., where many locations are said to be haunted. She rose to national recognition in her role on A&E’s hit series “Paranormal State,” in which she worked on hundreds of cases of unexplained supernatural phenomena and interviewed thousands of witnesses with the world-renowned Paranormal Research Society (PRS) from 2006-2011. Weidman also hosted Chiller’s “Real Fear: The Truth Behind the Movies” (2012) and “The Truth Behind More Movies” (2013), following Weidman and her team as they traveled the country chronicling the real-life stories that inspired some of the world’s most iconic horror films.

About Destination America
As the only network that celebrates the people, places, and stories of the United States, Destination America is an inclusive network targeting Adults 25-54. From spine-tingling campfire tales to uncovering history’s greatest mysteries, the network’s original series showcase the curiosity and adventurous spirit at the heart of being American. For more information, please visit DestinationAmerica.com, facebook.com/DestinationAmerica, or twitter.com/DestAmerica. Destination America is part of Discovery Communications (Nasdaq: DISCA, DISCB, DISCK), the world’s #1 pay-tv programmer reaching nearly 3 billion cumulative subscribers in 220 countries and territories.

Zoar Valley MUA has the TALLEST Basswood tree in the world!

According to the DEC, a 128 foot tall basswood within Zoar Valley has been reported to be the tallest basswood in the world.