Farmersville is a town located in the eastern border of Cattaraugus County .  Its surface is a hilly upland, forming the watershed between the streams flowing northwest into Lake Erie, and those flowing east into Genesee River and south into Allegany River.   Mud Lake, in the northern part, covers an area of about 30 acres.  Harwood Lake at Farmersville Center covers 36 acres. The principal stream is Ischua Creek, running south through the western part of the town.

The area was first settled around 1805, but no permanent settlement was made until around 1817. Farmersville became a town in 1821 from form part of the "Town of Ischua" (now the Town of Franklinville).

The town gained notoriety because of the Farmersville Garbage Scandal during the 2000 New York State senatorial race between Rudy Giuliani (who later dropped out in favor of Rick Lazio) and Hillary Clinton. Giuliani had made a statement during a campaign press conference that any community that wanted to refuse taking garbage from New York City was free to do so. The town, eager to get out of a contract that they believed was harmful to them, took Giuliani up on his offer. Giuliani then claimed that he never made the statement and threatened the town with legal action in retaliation. Clinton won the election, largely because of a higher level of support from the upstate counties than previously anticipated.

The eastern town line is the border of Allegany County. 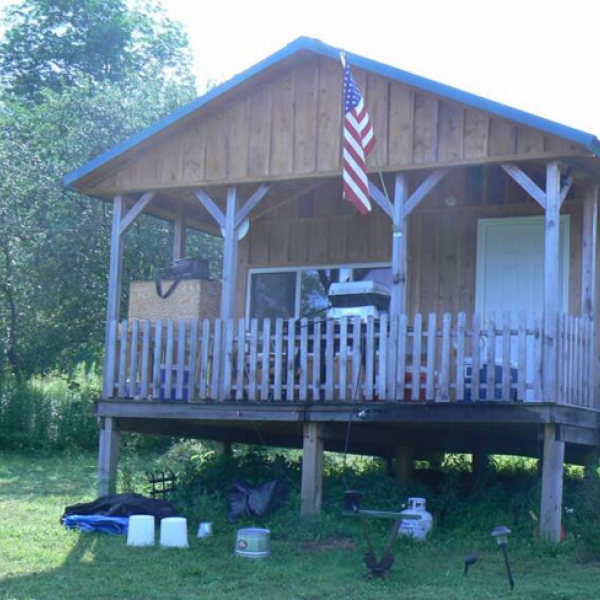 With over 106 acres adjoining beautiful Harwood Lake multiple use area, 298 acres, and Bush Hill state forest, 3109 acres, this campground is the ideal base of exploration for the many exciting natural treasures in the Enchanted Mountains.