This three story edifice of Queen Anne design was built by Tom Corsett and R. A. Crosby for Simeon Robbins in 1895 at a cost of $7,000. Mr. Robbins had made several trips to the Klondike, discovered a paying mine, and with proceeds of its sale built the Miner's Cabin - so called because of his success in the gold fields.

The first floor has heavy, beautifully carved woodwork, fireplaces, and parquet floors. All rooms but the entry to the kitchen are newly papered in the design of the 1895 era. The second floor has three rooms in use; two are research libraries and the other contains a fabulous display of knives made at a local factory. The third floor "ballroom", once the scene of parties and dances, is now being used for storage, and the cellar is unused except for the furnace.

The IVHS, since assuming ownership of the Miner's Cabin in 1971, has rewired it, put on a new roof, installed new water pipes, a new furnace, storm windows and doors, and restored the barn - at a cost of well over $20,000.00. This has been done through membership (225), donations, a lot of work by the members, and money made at our room at the Maple Festival where they sell cheese, baked goods, crafts, and conduct a flea market.

The Miner's Cabin is open during the Maple Festival or on special "Open House" occasions when they display a variety of treasured antiques indiginous to this area. It is also open by appointment by calling 716-676-2590. 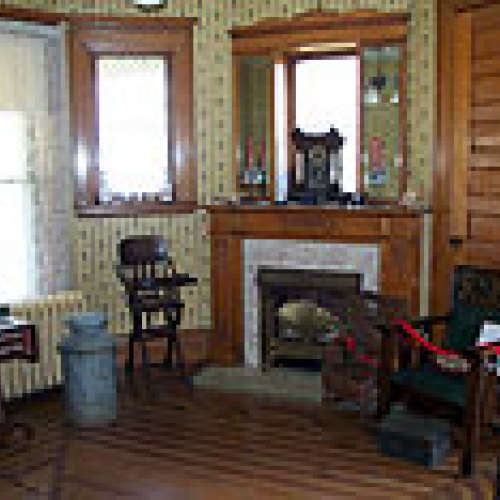 Miner's Cabin and Ischua Valley Historical Society is categorized in