The Portville Historical and Preservation Society is an educational agency, chartered by the Regents of the State of New York. It was established in 1986 in response to renewed interest in the preservation of Portville's past. The society seeks to promote an awareness and pride in the community's heritage in order to assure its preservation for future generations.

The Portville Historical and Preservation Society is involved in a variety of interesting and worthwhile activities:

And Restoration of the Bedford Corner Schoolhouse that was built in 1864.

Many research aids for the student, historian and genealogist. Genealogies of many Portville families, Census indices, cemetery listings, county histories, and over 2,500 obituaries are on file.

Collection, accessioning and copying of printed materials regarding Portville's history. Albums of Portville School memorabilia beginning in 1874 plus photos and minute books of district schools, diaries, scrapbooks, and maps.

There are several publications for sale including books, prints and sketches.

May through September
Thursdays: 10 AM - 4 PM
or by appointment. 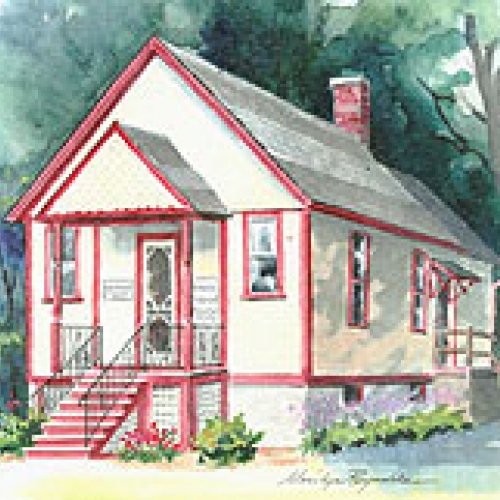 Miner’s Cabin in Franklinville was built by a miner that returned home after making it good during the gold rush era of the west coast. The building is not a cabin either but a three story house of Queen Anne design.