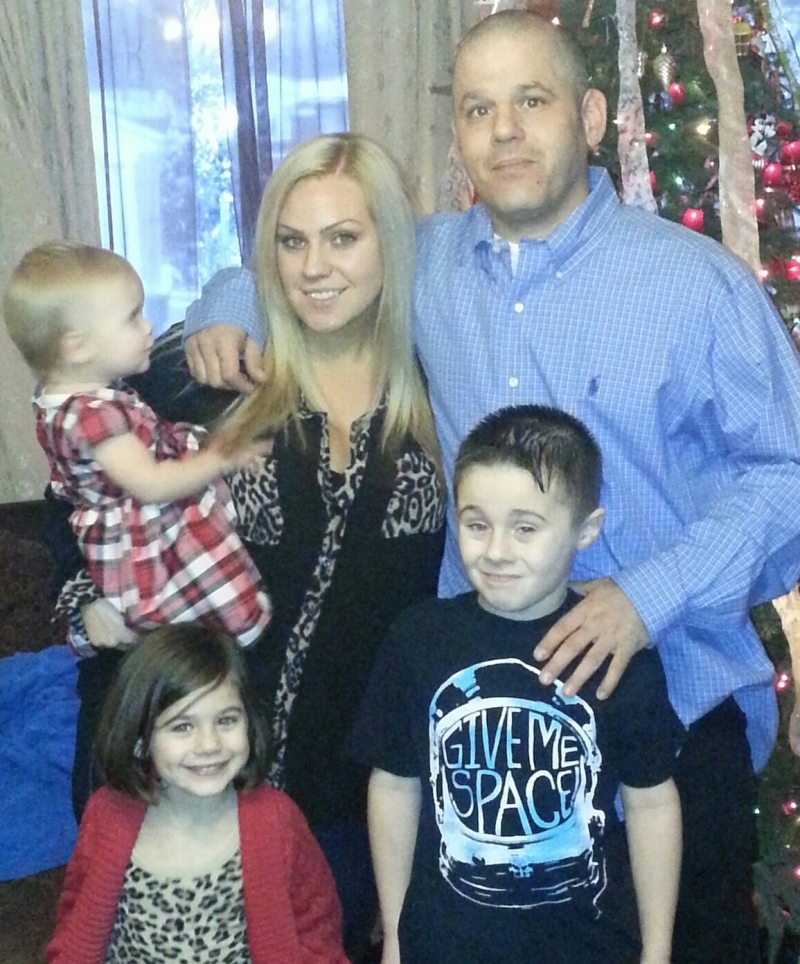 Billy Caviness stated, “I am honored and privileged to receive a week paid vacation in which I accept on behalf of all Soldiers Past, Present and Future.  I am forever grateful to those that made this trip possible for this much needed family time.  Thank you.”

Billy, his wife Tina who also served in the Army National Guard for 10 years, their three children Billy Jr, Angelina, and Annabella will receive one week stay at Alleghany State Park in an electrified cabin, $200 gift card for groceries/souvenirs, firewood delivered to the site and dinner at The Red House Restaurant.

Kim Jackson, Coordinator for Veterans One-stop Center of WNY states, “this annual award was made possible by Mrs. Annie Anderson and Lance Anderson in remembrance of Mr. Dade Anderson, a 36-year Park Ranger (Anderson’s Trail) who came up with the idea and are the award’s namesake. This contest is being run and underwritten by the Allegany State Park Historical Society, The Anderson Family, Rick Feuz, Sally Marsh and others, and in cooperation with Allegany State Park.  This is the second year running and thank you to the tremendous teamwork, collaboration, and partnership to Paul Crawford, ASPHS Award Chairman, and the ASPHS Board of Directors.  Thank you to our veterans, active troops, and their families for their loyalty, bravery and sacrifices.  Through your devotion, our strength is renewed.”

Billy’s story can be viewed on YouTube, “Level Black – PTSD and the War at Home” link http://youtu.be/1YbkZ8EpjQc.

Did you know that the very first NASCAR points champion began his career at the Penny Royal Race Track in Leon?