Olean's newest attraction is family-friendly, challenging and very exciting!  Olean has its first “escape room” — an interactive game where participants are locked in a room and must solve riddles, puzzles and clues to unlock the door in under an hour.

Escape room fantasy scenarios have created a growing industry that developed over the last decade in several countries, popular mainly with younger people.  With the closest escapes rooms in Orchard Park and Erie, Pa., Bechdel hopes his escape room at North Barry Street and Delaware Avenue, which he’s named XPhobia, will provide an immersive experience and alternative night out for Olean residents.

XPhobia currently offers the “Pirate Cove Plunder” room, designed like a brig of a pirate ship and holding various puzzles participants can use to find a hidden treasure chest and key to unlock the door — although an extra key hangs right by the door in case of emergency. A TV monitor plays a short introduction and then counts down the hour. Up to eight people can be in a group, and the cost is $25 a person.

Groups can ask for clues by pressing a button on the wall. Bechdel said the goal is for everyone to get out of the room in less than an hour, and almost everyone has thus far. 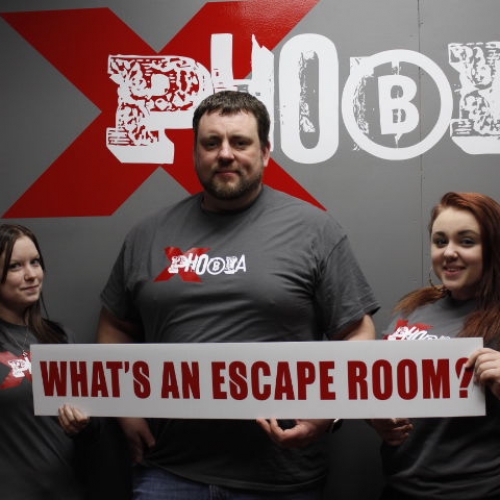 HoliMont is the largest private ski resort in North America and has 52 slopes and 8 chair lifts.