Thunder Rocks is a rock city that is located in Allegany State Park. It is made up of huge rocks that you can observe and walk up to. It is a great place to visit with your family or to study the geologic history of New York.

The geology of Thunder Rocks is very interesting and the creation of this large rock city is unique. Most people believe that glaciers were the reason Thunder Rocks appeared, but this is not true. Instead, the giant rocks were made due to a number of things.

A long time ago (about 360 million years ago) New York State, along with Allegany State Park was covered by a large, shallow sea. The nearby Catskill Mountains were formed to the east during this time. Sediment from these mountains eroded westward towards western New York and deposited within this area. Thunder Rocks is made up of this sediment. Over some time, frost wedging and gravity erosion shaped the boulders into their present arrangement. Gravity was able to pull the large rocks down some slopes and hills. This resulted in the rocks being scattered away from each other.

While this is the most accurate evidence of how Thunder Rocks formed, some people still think glaciers caused their appearance. But this can not be true because Allegany State Park is part of what is called the Salamanca Re-entrant. This is a small area of New York State that has been untouched by glaciers. Thunder Rocks is also included in this area. This means glaciers were definitely not the reason for their formation. The process that occurred throughout New York’s geologic history is very interesting, especially when it comes to the history of Thunder Rocks. This makes it all the more reason to visit these uniquely huge slabs of bedrock! 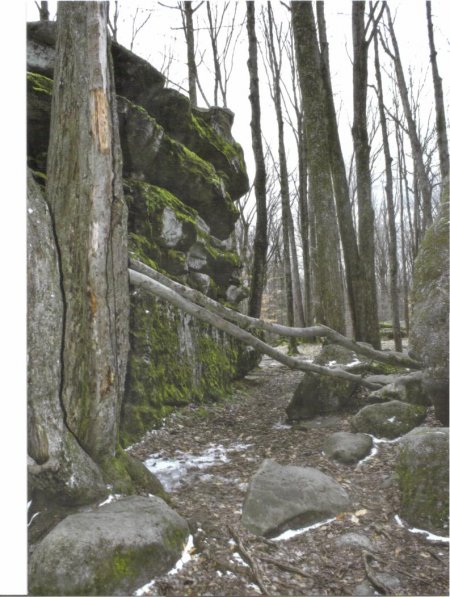 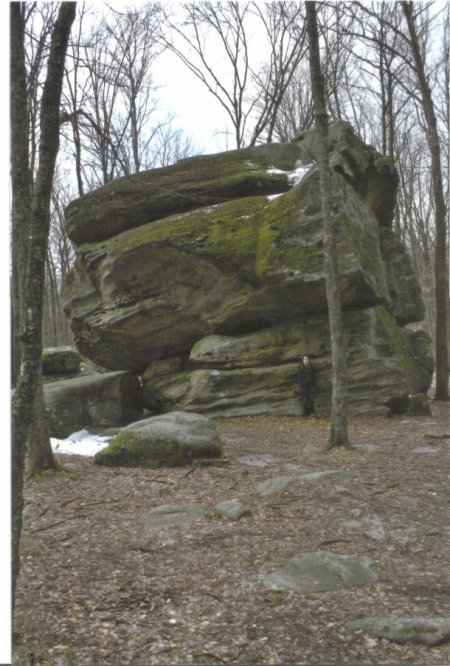 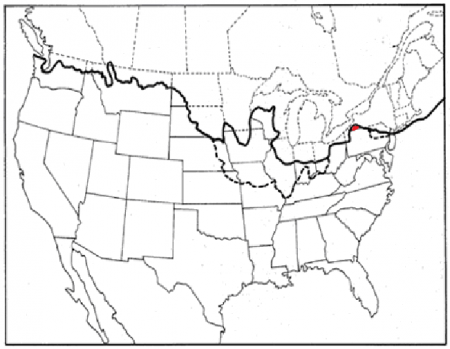 The red area on the map represents the Salamanca Re-entrant. This is the only area of New York State that has been untouched by glaciers.

Visit the following site to see an accurate plot of this area on a map: 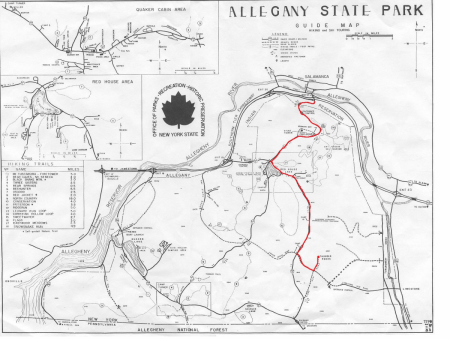 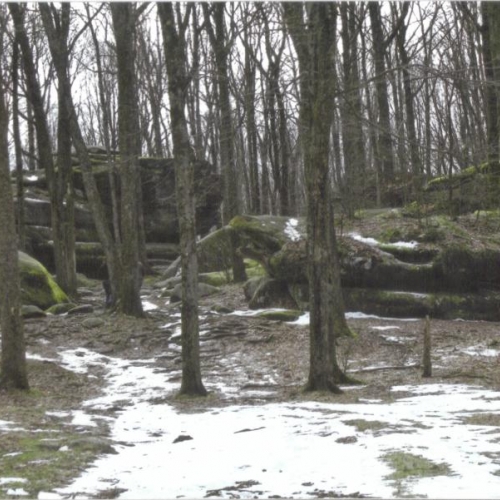 Thunder Rocks at Allegany State Park is categorized in