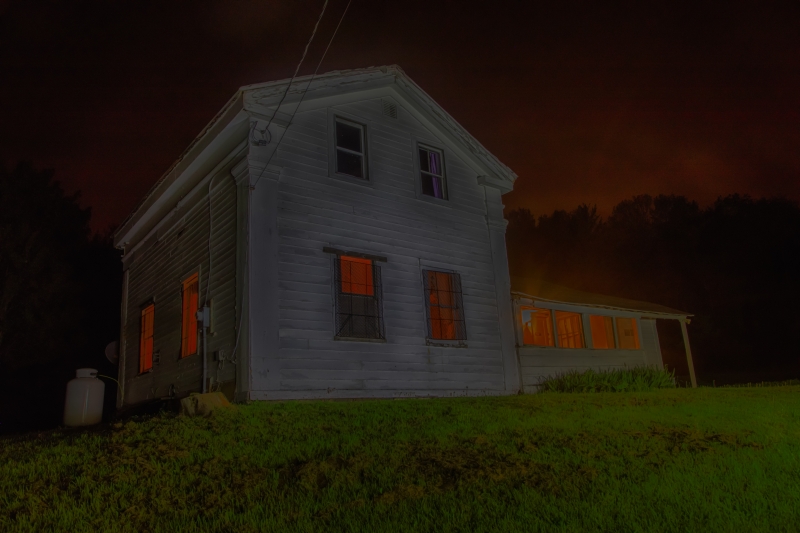 THE HINSDALE HOUSE
Known as one of the most terrifying and violent houses in New York. The house has a history of ghostly manifestations, levitating objects, and even an exorcism. For many years the Dandy family worked with a priest from St. Bonaventure University, he was at the house more than once to perform an exorcism which worked for awhile but as time went by the Dandy family lost the battle and ended up leaving the house for good. As the years passed by a few families have lived in the home but didn’t stay for long.
Within days of moving in, the Dandy family began to experience strange paranormal activity that only continued to grow worse as time went on. Most often the phenomena would manifest in the form of mysterious phone calls and a variety of poltergeist activity. Sometimes, the family would even hear chanting emanating from the nearby woods.
At one point, the family then began seeing full-body apparitions of woman in white, bizarre animal-human hybrids, even what they believed could be demonic, non-human entities. One of the more frightening stories is that the family would go on to tell was of a night when they noticed a group of strange faces staring in their windows. However, when Mr. Dandy ran outside to chase away the trespassers, the faces reversed and were then peering back at him from the inside of the house. It was at this point that the hauntings began to turn violent. Objects began levitating around the house, and at one point a lamp from the living room threw itself at one of the Dandy daughters. The last straw came when Mr. Dandy experienced a state of amnesia, unable to remember some of the most frightening incidents.
When Father Alphonsus came to the house, this is when things turned even more violent. Lights in the house were turning on and off, unexplainable banging filtered through the walls, and a terrible sense of an evil presence drifted through the home.
Documentation on the Hinsdale House continued in 2000, when Clara Miller-Dandy penned the book “Echoes of a Haunting”, which detailed her family’s terrifying experiences while they lived in the home from July 1973 to October 1974.
For more information, visit Week in Weird at http://weekinweird.com/2016/07/20/investigating-the-terrifying-history-of-paranormal-activity-haunting-new-yorks-infamous-hinsdale-house/
WILDWOOD SANATARIUM
A sign located on the property reads; (1909) "The sanitarium and bath house is now open and for the treatment of all conditions except infectious and contagious diseases. We have endeavored to make the conditions inside the house as pleasant as possible and will try to give each patient individual attention."
Haunted History Trail of New York State writes "The Wildwood Sanitarium was officially opened in 1906 as a Sanitarium and Bath House. It was a holistic healing center and the only one of its kind in NYS at the time it opened. Dr. Henderson and Dr. Perry specialized in Osteopathy Therapy and also welcomed in patients seeking a cure for alcoholism, drug addiction, all all conditions except infectious and contagious diseases. Offering each patient individual attention and offered a bath house in the basement. Later, it became a Tuberculosis Clinic in 1923, then owned by several different families and later opened as apartments. Over the years it has been known to have paranormal activity including shadow figures, orbs, Electronic Voice Phenomenon and people have reported being touched or pushed."